Miller-Huck Funeral Home represents 100 years of dedicated service to Morgan County communities. In 1913 the historic flood destroyed A.W. Miller Undertaking Co. in Gaysport, Ohio. After the flood Mr. Miller and his son, Carl C. Miller decided to locate in McConnelsville. A. W. Miller and his son Carl C. Miller ran the business until1938 when J. Dwight Miller entered the business. In 1943 Edsel A. Miller dissolved his garage business and joined the firm. In 1944, remaining stock in the Miller Undertaking & Furniture Co. was purchased by the family and it became A.W. Miller & Sons. In 1945 founder A.W. Miller died, and in 1946 Carl C. Miller also passed away. 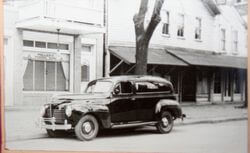 Following the death of Carl Miller, Richard J. Huck became associated with the business. Richard J. Huck attended Pittsburg Mortuary College and worked for the firm from 1946 until his death in 1992. The funeral home moved from East Main Street in McConnelsville to its present location in 1949.

Following the death of J. Dwight Miller in 1974, the funeral home became Miller-Huck Funeral Home in 1976 under the direction of Richard J. Huck, Sr. In 1983, Michael M. Huck received his Embalmer and Funeral Director licenses. Richard J. Huck, Jr. followed suit in 1985. Michael and Richard Jr. learned from their father to treat people with care and compassion. After the death of her husband, Richard Sr., Harriet began assisting Michael and Richard Jr. with funerals and visitations.

In keeping with tradition, at Miller-Huck Funeral Home, we continue to dedicate our professional services to the families that we serve and still consider our profession a sacred trust. We are grateful for your confidence and trust to allow us to serve you for 100 years. 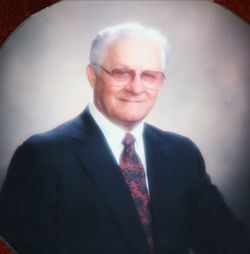